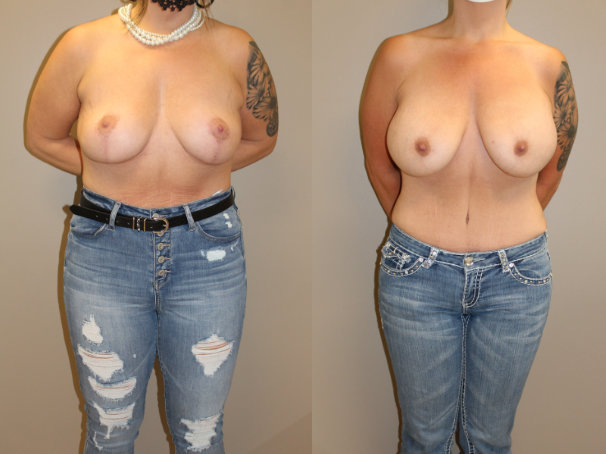 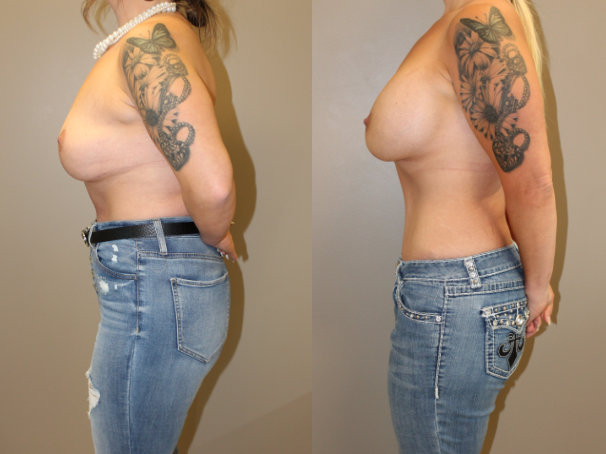 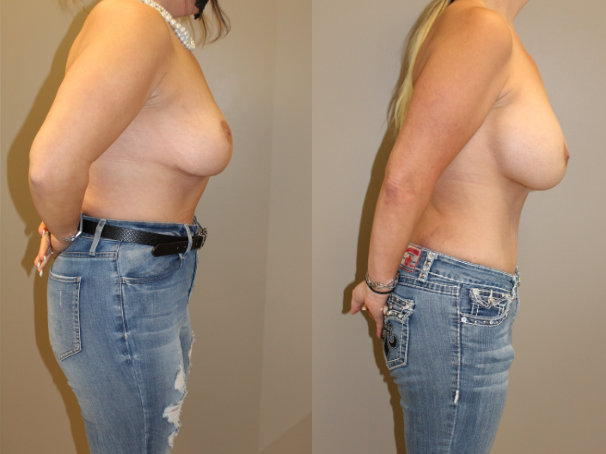 15 years prior to her consultation with Dr. Leonard, this 43-year-old had breast implants placed after a significant weight loss. Implants were Mentor, smooth round saline with a volume of 425cc on each side. Shortly after placement, her implants moved laterally and became mal-positioned and uncomfortable. Approximately 2 years ago, she began to have symptoms commonly associated with BII (Breast Implant Illness) including fatigue and pain syndrome. She decided that she was ready to have them removed permanently. Dr. Leonard recommended an en bloc implant removal, removing the capsule with the implant still inside, and a reconstructive breast lift to maximize the remaining tissue. She had both procedures and came in for her final follow up 7 months after surgery. She said that she experienced a tremendous improvement from all of her symptoms and